Week 13 Story: What Every Man Wants 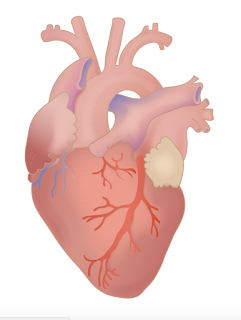 ("Heart," Web Source: WikiMedia)  Hello, I am Julie. Every since I was a young girl, I loved to steal: jewelry, clothes, etc. It was all just for fun.  One day, I decided to challenge myself. It was too easy to steal jewelry and clothes, and I would never get caught. This time, I decided to steal every man's heart. It sounded difficult, but I was up for the task.  I ended up failing awfully. The first attempt on a man reported me, and then the second, and then the third. I was going to be sent to jail when the judge brings me to the side.  "I have a plan for you that you may find interesting. If you figure out what every man wants, then you don't have to go to prison," the judge offered.   "Heck yeah, anything to get out of prison, " I was excited for a second chance even if I "may" not deserve one.  I ended up asking close guy friends what every man wants. Some men said "to watch football in peace" while others said "to
2 comments
Read more 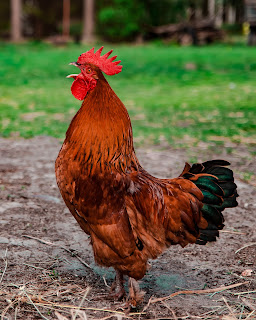 ("Cock;" Web Source: Pixabay ) I really enjoyed reading the Canterbury Tales. With names such as The Cock, the Hen, and the Fox , I thought these stories would be pretty boring. While these stories were less interesting than Part A's, I still enjoyed them. It was interesting to see a nun who was a widow. This story suggests that she is very poor and old. However, this nun is able to provide for herself and her family. She is very smart with her money. She does not over-eat, but she still has food to eat. Being overweight may lead to chronic illness if not treated or lifestyle is adjusted which these chronic illnesses can be expensive. She does not drink, so she does not get illnesses related to that. Her poverty in a way protects her from harm in some aspects. She does have a beautiful cock. It was handsome and had a great voice. The cock was afraid of being killed. He had a drea
Post a Comment
Read more 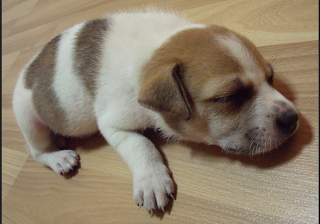 ("Puppy;" Web Source: Wikimedia) This week I decided to read the Canterbury Tales. I was very fascinated by the Unknown Bride. It initially begins with a man who commits a crime that could lead to his death. I would change up the crime and make it more fascinating and stupid. He should die for the crime, but the Queen is like I will give you a task. If you finish the task, then you will be pardoned from your crime. The task is to find what every woman wants. He goes everywhere to find the answer. They all say different things, so he is thoroughly confused. He gives up almost. He sees a poor old lady. She says she knows the answers. However, she needs a request if it is right. He accepts this because he has no other option. He goes to the queen and says that every  woman wants to rule over their husband. Everyone agreed, so his life was saved. Now, the poor old lady wants her request which i
Post a Comment
Read more

November 11, 2020
One distinct memory was my tenth birthday... "Happy tenth Birthday!!" Papa yelled in the morning at 12:00 am.  My father was always so excited for my birthdays. My mother on the other hand was less excited.  "Ten years ago, God cursed me," she would say. She ALWAYS wanted a son, and she often forgets that I exist. I already have a brother though. Let me explain from the beginning.  My father is married to two women. Many people have misunderstanding about historical polygamy. It's unusual, but in many cases was permitted due to war in which many men died which led to a shortage. Thus, men would marry more than once as long as they could treat them equally and the wife agreed. I have two mothers. My biological mother, Rani, had me ten years ago, and my father had a second wife, Rooafzah. Rani was jealous of Rooafzah, not only because she had to share my father with her. Also, Rooafzah gave birth to a son, my younger brother Rayan. He is thirteen now, handsome
2 comments
Read more 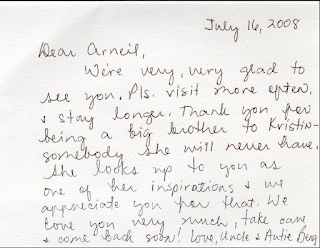 ("Writing;" Web Source: Flickr) I was only able to do one reading this week. I had a 3 exams this week and completely forgot about the assignment. I was able to read over some nursery rhymes from part B though.  My best writing was done at home and after I thought about it for a bit. I think my stories are funny and cringey which I think is something interesting. People have to comment on our stories, so why not make them interesting? They may not be the most artistic and flow beautifully. I try to make them short to keep attention but amusing. I have not really discovered a good strategy other than just getting it done. I was very careful to not be too weird in my stories. Now, I am embracing the weird.  I really enjoyed someone's project. It was about Cinderella being in jail as well as Snow White. It was unexpected which was entertaining and humorous. I think my writing is both of those. However, I think that the author did it more sophisticated than I could have d
Post a Comment
Read more 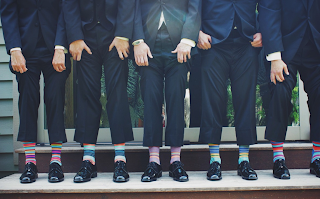 ("Male Pants;" Web Source:  Pxhere)   This first begins with the typical Jack and Jill nursery rhymes. The story that intrigued me the most was Simon's. Essentially they said that Simon should not wear this one suit. Does that mean that the suit is ugly? If he does not take off the suit, he will not have kids. This suit must be atrocious if she has this much to say about it. She said she would rather give someone else her crown, so I assume she is a princess. She is embarrassed with him with the suit. He loves Sylvia. He asks Sylvia to be his girl. She clearly does not want to do this. In my story, I would make it not a suit. I would make it some crazy other piece of clothing. I am still not sure what clothing exactly. It could be his pants. I would take this more literally. Obviously without a suit, he could not have children. He literally could not do that anatomically. I would try to add some humor, but I don't want to make it an inappropriate story exactly. He w
Post a Comment
Read more 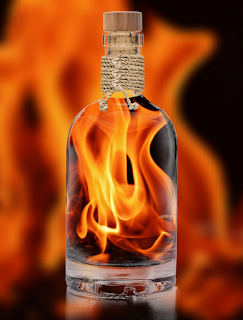